A fun and interactive way for police to engage children and young people in schools, colleges and youth groups about a range of different topics.

As part our commitment to working with schools and partners to keep children and young people safe and informed, we have developed a youth engagement initiative called Police Apprentice.

Designed by young people as a fresh, fun and interactive way for police to engage them about keeping safe, Police Apprentice involves them directly in problem-solving a range issues affecting them and their peers growing up. Created as an alternative approach to conventional ‘front-loaded’ police education approaches, Police Apprentice is engaging, interactive and participant-centred, aiming to improve learning experiences specific to keeping safe, the law and making responsible choices.

Based very loosely on concepts similar to those of  TV programmes The Apprentice and Dragon’s Den, Police Apprentice sets young people a challenge to design ways to raise awareness of risk and consequences in ways which will appeal to their peers.

Facilitated by police through schools and youth groups, Police Apprentice is fully flexible to ensure it can meet the needs of individual schools, groups and young participants. As such, it has two optional versions: Police Apprentice for 11+ and Police Apprentice Mission for U11’s and those with learning and/or emotional needs.

The ‘Police Apprentice’ 11+ model is enterprise focussed, developing knowledge, understanding and other soft skills by setting participants a research and design challenge to create a tangible product/campaign to raise awareness and deliver key messages on a specified topic. The challenge requires them to works as part of team on a project; develop a plan, delegate roles and prepare a ‘Dragons’ Den style pitch’ to showcase their design, why they think it will be effective and how they would implement it.

The ‘Police Apprentice Mission’ model is not enterprise focussed, it is designed to be an activity based learning experience as opposed to design project. Participants can work in groups or individually on the task which involves the Chief Constable putting them on a special police mission to tell other children about the dangers of…. (the specified topic). Children are encouraged to be as imaginative as they want to be and explore using art, poetry, music and drama to present their ideas.

The level of participation is flexible according to the capacity and constraints of the school or group. Police Apprentice can be run as a learning activity/experience only, through to further development with police and partner agencies into a community-wide social action campaign. Time committed to the challenge can be as short or as long as required, from an off-curriculum day through to a dedicated project over a full-term.

Police Apprentice has often been used to run a competition among tutor/house/year groups within a school, or among several schools in an area; also as a means to vehicle to inform parents by pupils creating an assembly to showcase what they have learnt – it seems parents will come to watch their children perform but not always for school information events.

Hampshire Constabulary used the Police Apprentice initiative to run a county-wide competition setting secondary school pupils the challenge to create a corporate campaign to tackle the issue of ‘sexting’ among young people. Supported by influential national child safety organisations including the NSPCC (National Society for the Prevention of Cruelty to Children) and the National Crime Agency’s Child Exploitation Online Protection command (CEOP), the competition was won by pupils at Robert Mays’ School, Odiham. Their animation, ‘Wildfire’ became a corporate ‘peer to peer’ resource to raise awareness among young people about the dangers and consequences of sending ‘nudes’ online to encourage safe and responsible choices.

Police Apprentice was also used in Portsmouth as a competition among secondary schools for pupils to design a campaign to tackle hate crime. Won by Portsmouth Academy for Girls, their #Respecting Differences campaign was supported by police and partner organisations in the city.

If you are interested in running Police Apprentice or Police Apprentice Mission at your school or youth group,  a meeting can be arranged to discuss topics, timescales and logistics. Please contact your local police link officer/PCSO or contact the central education team through the Safe4me electronic contact form.

Meet some of our Police Apprentice Competition Winners….

Year 10 pupils from St. George Catholic College, Southampton – Winners of the local Police Apprentice Street Safe. Street Smart Competition to tackle the issue of knife crime among young people in the city. For more information and access to all video resources, visit the Safe4me #NeverChooseKnives webpage. 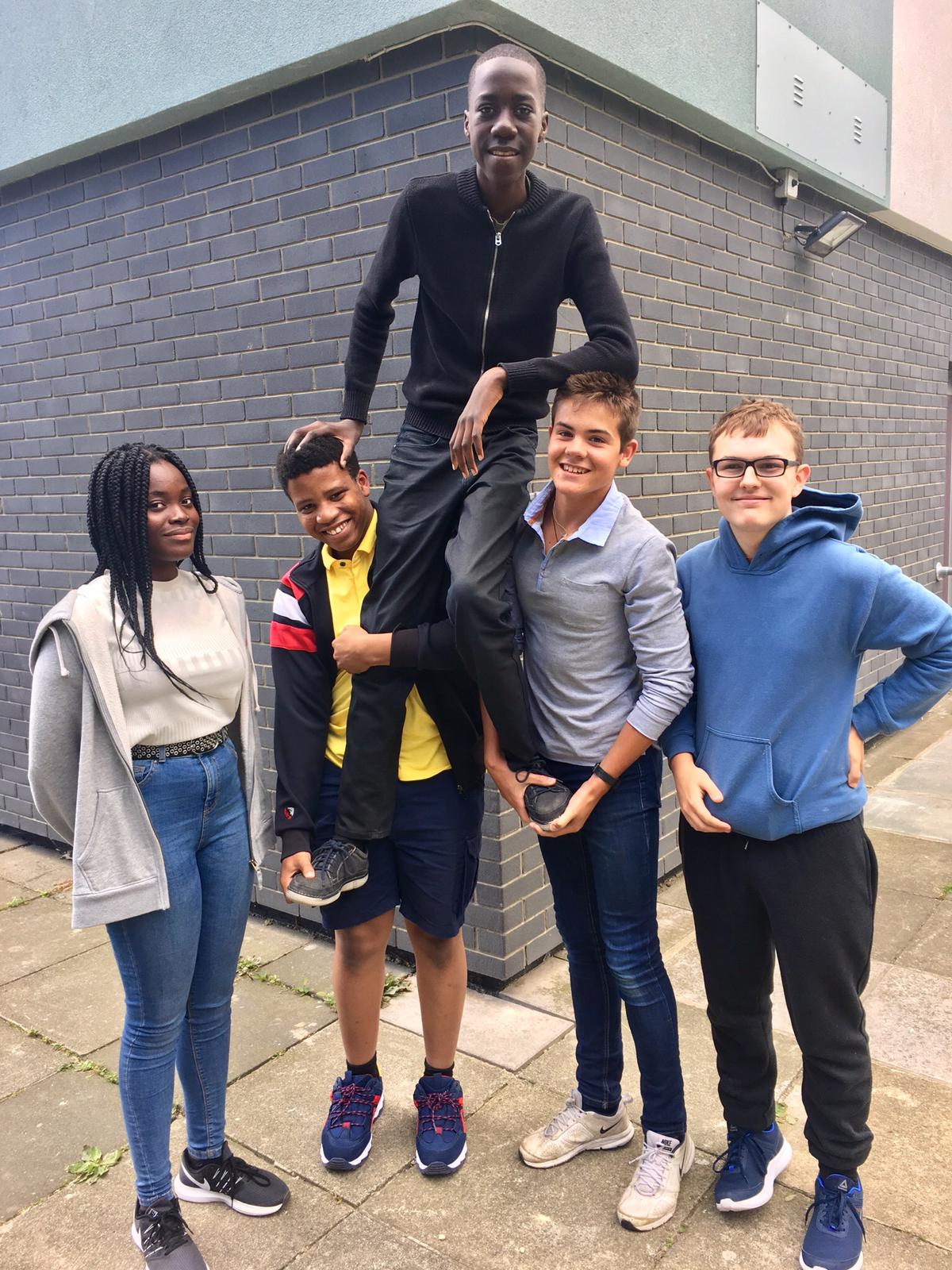 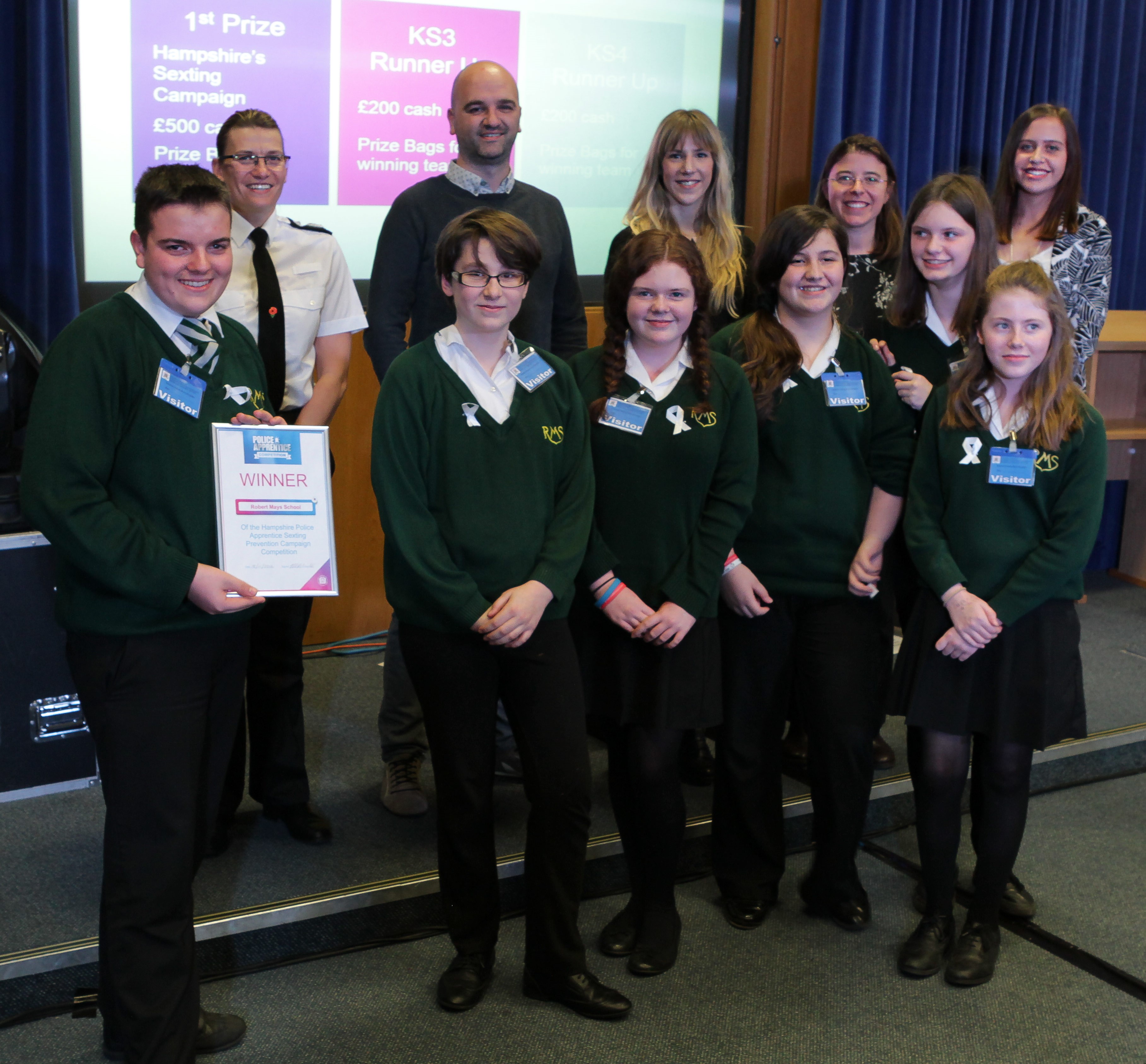 Pupils from Portsmouth Academy for Girls – Winners of the local Police Apprentice Respecting Differences Secondary School Competition to tackle the issue of Hate Crime among young people in the city.